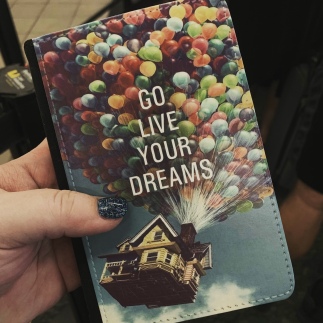 With passport in hand, I made my way through security at the Orlando airport. I boarded my first double-decker plane (huge!!!) and was lucky enough to have a 2 person row to myself! Everything was going so smoothly… Then, the pilot announced all flights were grounded until a storm passed. The “15 minute delay” turned into 90 minutes. I had a 2 hour layover in London so the delay cut that down to 30 minutes, if nothing else was delayed. I was near the back of the plane and was still trying to get off when boarding closed for my connecting flight (pro tip: travel insurance is pretty much always a good idea). By the time I got off the plane with my bags, my next plane had already taken off. 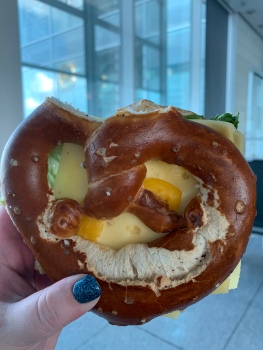 I had flown in to London Gatwick airport and there were no other direct flights to Prague that day. After trying to balance the cost of same-day flights with arrival time in Prague and other logistics, I was able to get something booked. What ultimately made the most sense was to take a bus from Gatwick airport to Heathrow airport, then fly to Munich and then on to Prague. After a lot of frustration and bouncing around, I made it on my plane. These situations are why I always recommend flying in the day before cruises and guided tours that have a non-flexible start date, just in case.

Once in Munich, I realized I hadn’t eaten anything in almost 12 hours. I didn’t want to chance missing my flight so I grabbed something quick to eat. I don’t know if it was the hunger, the stress, or the food itself, but the pretzel and cheese sandwich was one of the best things I’ve ever tasted!

After all was said and done, I landed in Prague around 8pm local time… Only 7 hours after I was originally supposed to arrive. Unfortunately, that meant I missed the welcome dinner, but I was thrilled to still make it the same day. 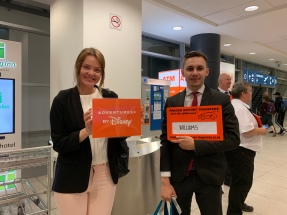 I made my way to the airport entrance and was greeted by my very own welcoming committee! Part of the Adventures by Disney experience includes getting picked up at the airport so you don’t have to worry about finding transportation in an unfamiliar place. A few years ago, my husband and I spent several unnecessary hours at Orly Airport in Paris because we had planned to use the public buses, but we couldn’t find an ATM or bus kiosk that would accept our card and finding someone that spoke English was quite difficult. Needless to say, I was excited to not have to worry about repeating that particular experience. Plus, it’s really relaxing to be picked up and taken directly to your destination without having to look at a map or Google.

I checked in at the Prague Marriott Hotel and deposited my bags in the room. My agency roommate, Alyson, and some of our fellow adventurers had met in the hotel bar after dinner so I went down to join them and introduce myself. We talked until well past midnight before we realized how late it was and departed for bed. 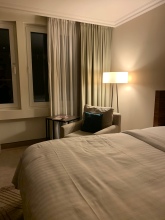 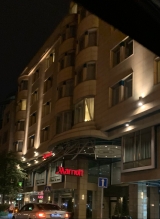 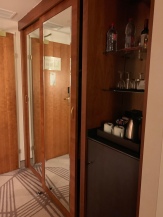 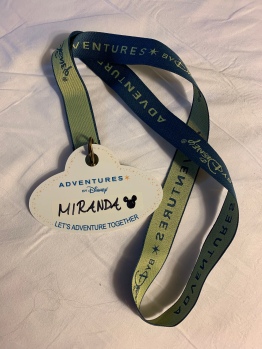 One unique aspect of an Adventures by Disney vacation is that each adventurer receives a souvenir lanyard and pins, like the ones you see at the theme parks, for each day of the trip. Each pin is themed to represent that day’s activities. Every Adventure by Disney has its own set of pins, too! (These pins are also the only part of the trip that has explicit reference to the Disney characters.) 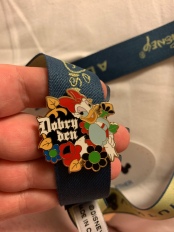 For the first day of the Czech Republic and Austria Adventure, the pin said Dobrý Den, which means “Hello” in the Czech language, welcoming us to our Adventure!

I can’t wait to tell you all about the exciting days to come. CLICK HERE to read about Day 2!