Skip to content
July 26, 2013 MMVwithMiranda
Yesterday was a little slow to start. Tina and I accidentally stayed up taking until 5am the night before, so when the alarm went off, neither of us were thrilled.
Upon arrival in Siesta Key, we had lunch at Captain Curt’s (best clam chowder ever… except the now closed Oyster Bar). It almost felt like coming home; the area is just so familiar to me.
The first appointment of the day was with the florist. I was a little surprised because I thought by actually coming in that I’d be able to see what my flowers would look like. Pretty much all we did was discuss what I wanted, which we’d already been doing over email. I also found out that a few changes I was wanting to make would add $75 to the cost. I’ll figure something else out or just keep the flowers how I had them. 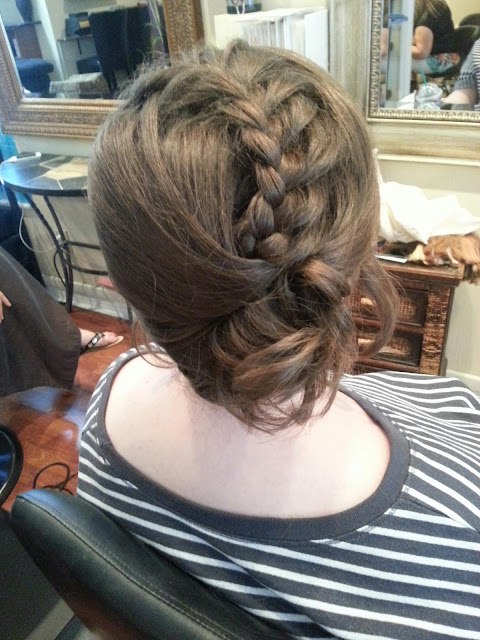 Next, we went to my hair trial. That was fairly upsetting because the stylest told that my hair won’t work for any of the styles I wanted. I brought 4 different pictures thinking that at least one of them would work. They were all fairly similar, but we’re different enough that I thought I had enough variety. She told me my hair was too thin, even though I have a lot of hair, to do the styles I wanted. She tried to do something similar, but it just didn’t look right. She made some suggestions for how it could be changed, but I don’t think it will change the look enough to make it like what I had been picturing. Back to the drawing board on that one.
With all the wedding appointments finished, Tina and I began the vacation portion of our trip. We went out and laid on the beach by Calini. We got in the ocean for a little while too. It was so relaxing to hear the waves crash against the shore. When it started to thunder, we packed up and left. We had dinner at Daiquiri Deck, walked around the shops, then I got ice cream at Big Olaf’s.
When we got back to the hotel, Tina played around with a few different styles in my hair. We also started googling for celebrity updos with hair similar to mine. I think we found the look I want, that will actually quirk with my hair. I’m feeling pretty excited about it. All in all, despite the disappointment, it was a very good day.